Forum rules
Do not to post anything abusive, obscene, vulgar, slanderous, hateful, threatening, or sexually-orientated.
Do not post anything negative about any player.
No advertising other games.
The management reserves the right to delete or lock threads and messages at any time.
Read the complete SIM rules and legal information.
Post Reply
6 posts • Page 1 of 1

My guy, Mal, broke the $5 Million mark today in a G1 race, with a 90 speed figure. Not too bad for a stakes horse. I looked his gallops over and just don't see where he ever galloped as a freak...but he's sure run like one! This is his 5th Grade 1 win, and he's finished 2nd in four other Grade 1 races

I decided to skip the Arc with him this year and let him have a 2 week rest before sending him to the SC race, or maybe even the $3 Million dollar G1, 1 5/16 miles Arima Kinen at Nakahama Racecourse. He loves dry, so hopefully one or both will not have rain that day...and I can have a pick and choose between the races. He's been at Stakes Peak for a long time, and the Arc is soooo Tough anyways...so I am hoping the rest will do him some good and he'll have one more nice run in him come Week 16.

This will be his last year of racing, and I am hoping he will be a great stud too, hope some of you save some nice mares for him and give him a shot. : ) 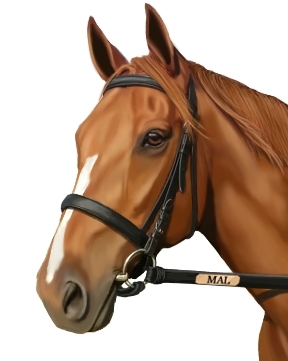 That’s awesome! I wish my stakes routers would run like that

Rochelle, I hope someday you get one like him...hopefully in a division I'm not running in...lol

After a game 2nd place finish last night to Fiery Eyes in the Arima Kiren -- Mal was retired last night and is now at standing stud for $25,000. I was very proud of him for finishing so well against younger horses and horses that are probably all freaks.
Congrats to Fiery Eyes in winning the race. : )

Rochelle in her post above, mentioned she wished all her stake horses could run like him. I agree... I wish all mine could too! I think that for a stakes quality horse, he really set a high standard.

It was really really hard for me to hit that retire button. Really hard.

I am hoping, since he has that Foremost line of fillies in his pedigree, he'll be able to pass on all the great stuff to his foals, just like the mares of that lineage have been doing. Crossing my fingers and hoping he'll be just as great in the stud barn as he was on the track.

Mal's first foal.. the dam was a blue hen...an older one and didn't make it.

I got the name idea from Ryann Whitehead who named one of his foals Japanese Sunrise...given we were in chat last night and after Mal retired he bred a really nice mare to him.
Japanese Sunrise

I figured that since that was Mal's last race as he faded off into the sunset for his stud career, and as the old dam died, and that that his first 'outside' bred foal was Japanese Sunrise, ..that naming his first foal Japanese Sunset was perfect.
Japanese Sunset

Also, I just looked at Mal's page and was very surprised at how many people have sent mares to him. Thank you!