Forum rules
Do not to post anything abusive, obscene, vulgar, slanderous, hateful, threatening, or sexually-orientated.
Do not post anything negative about any player.
No advertising other games.
The management reserves the right to delete or lock threads and messages at any time.
Read the complete SIM rules and legal information.
Post Reply
15 posts • Page 1 of 1 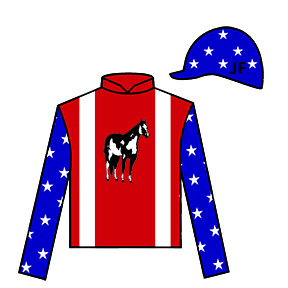 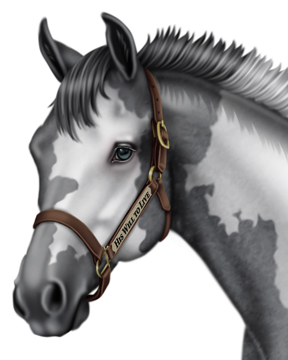 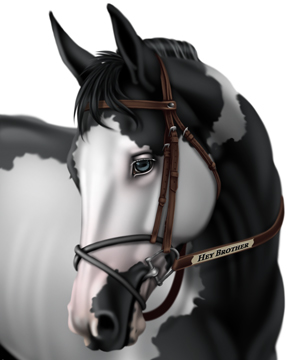 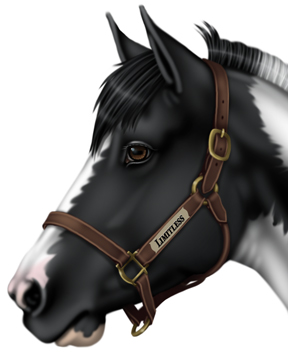 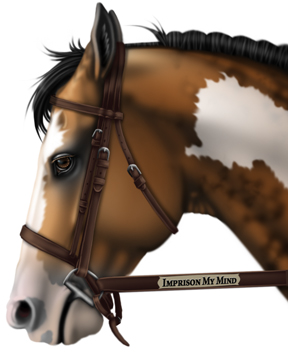 Now introducing Into The Twilight my newest stallion to retire. Standing for $5,000, he is a Paint Router (Gilmer x Blueblooded Indian [Indian Scout]). He proved to be a horse with longevity on the track racing 7 seasons, consistent across all 7 seasons and ending off with a stakes win. He ended his career with a record of 32: 13-7-6 and $523,700 in earnings

Coming Soon:
Burning Man - If he can get the earnings he'll retire this year, if not he'll have to retire next year. Looking forward to this boy, a royally bred colt, from Boone's last crop out of the highest earning 400yd Paint mare to date Kissin' Frogs (by A View to a Kill). He'll offer popular, yet slightly faded out, old school lines. Fee depends on how he nicks, likely 10-15k

Updates for Year 54:
His Will to Live - I've got a ton of slots on reserve with him (40), I'm going to guess a ton of those will become available later on as I figure my stuff out. Shoutout to Tammy Stawicki who has Gedaliah a beastly 2yo mid filly by His Will who's started her career with a bang

Toy Land Jubilee - He's joined my stallion lineup for the season, he's a Mid/Route holiday stud and stands for $15,000.

Hey Brother - I dropped his fee to $17,500, he'll probably stay there till he's 14, then I'll probably drop his fee significantly for his final year(s) as a stud. As for this year like with His Will to Live I have a ton of slots reserved (40), those'll open up later in the year as I figure my stuff out

Coming Soon:
Burning Man - He will retire this year, he's getting to the 350k whether he wants to or not

Beautifully bred colt, been looking forward to him as a stud prospect since he was born. He's from Boone's last crop and out of Kissin' Frogs.

Mark of the Beast - He'll retire, by Mark Me Gold. Not expecting him to be too good, but may as well see how he does.

FLD Raven - He's possible to retire, I wouldn't bet on it, but it could happen. If he seems like he's slowing down he'll likely retire, but we'll see what kind of year he has.
Scorpion Farms/Flyball Ranch Stallions
Paint:
His Will to Live - 15k
Imprison My Mind - 5k
Hey Brother - 15k
Burning Man - 5k
Mark of the Beast - 20k
FLD Raven - Retiring Yr 55
Top 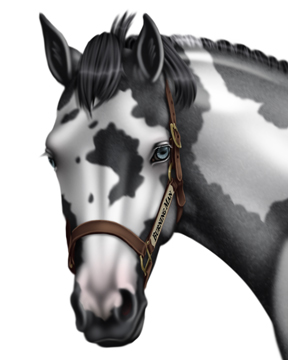 Burning Man
(Boone x Kissin' Frogs [A View to a Kill])
Standing for an introductory fee of $7,500

From Boone's final crop and out of on of the greatest race mares in Paint racing history, Burning Man is one of the most royally bred Paint colts to ever stand stud. Safe to say I'm over the moon excited to have him at stud

A+ Nicking Paint Mid Stallion Mark of the Beast

, nicks:
A Night View A+
Aztec Ritual A+
Fleeting Gallop A+
Hey Will A+
Kissin' Frogs A+
Limited Will A
Live in the Middle A
Live On a Barstool A
Lorissa Limit A
One With the Gun A+
Plouffe Jane A
She's Country A
Terraria A
Twisting A
View the Game A
Wtafilly A

All those mares are blue hens, other than One With the Gun who nicks A+ with Hey Bro and Dashin JJ, none have nicked A+ with any other stallion, including holiday studs and Hey Bro, those that nicked A with him nick A with all other top studs. If you nick your mares I'd love to know the results!


Also, next year there will be a few new retirees:
FLD Raven is the heavy hitter, he will retire at the end of year 56
Bromance I don't foresee me racing him past next year so he'll be definite to retire at the end of year 56, SC winner, Hey Brother's top earner.
King's Jubilee again, I don't foresee me racing him past year 56. MSW, SC placed
Last edited by Jo Ferris on Fri Jan 24, 2020 3:12 pm, edited 1 time in total.
Scorpion Farms/Flyball Ranch Stallions
Paint:
His Will to Live - 15k
Imprison My Mind - 5k
Hey Brother - 15k
Burning Man - 5k
Mark of the Beast - 20k
FLD Raven - Retiring Yr 55
Top

Mark of the Beast went A+ to my SC winning Blue Hen, Inferno One She'll be seeing him when the year turns over.
Top

Thanks guys for the nicks!! Also thanks to everyone who's sent Beast mares, I know he wasn't a know stallion and I didn't promote him well since I thought he'd be some random second rate sire

I've currently for next year reserved all of Mark of the Beast's slots. This is only until gallops and I'll adjust his fee as I see fit, if he lives up to his nicks he'll stand between $15,000 and $20,000.

Beast's yearlings have galloped, well, like beasts. He's standing for $20,000 this season. If you have trouble affording his fee, PM me. He still has 12 yearlings that haven't been galloped but so far from the 35 that have he's sitting at 22.9% Stakes (8), 40% Allowance (14). Congrats to everyone who got some nice foals from him!

Burning Man is down to $5,000, He's still got 2 left to gallop, nothing too exciting with him though he does have 1 stakes yearling he's sitting at 30% Allowance/Stakes