Forum rules
Do not to post anything abusive, obscene, vulgar, slanderous, hateful, threatening, or sexually-orientated.
Do not post anything negative about any player.
No advertising other games.
The management reserves the right to delete or lock threads and messages at any time.
Read the complete SIM rules and legal information.
Post Reply
19 posts His Will To Live
His Will to Live's Stud Book Page
14 Years Old
Holiday Stud
Soundness: Very Sound
Produces Mid Distance and Route 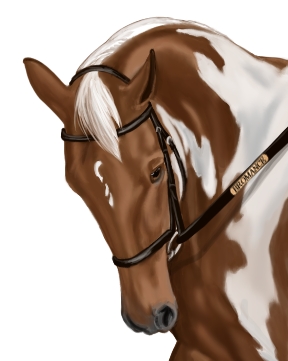 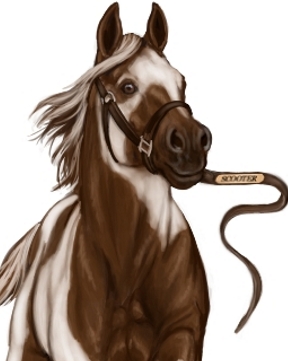 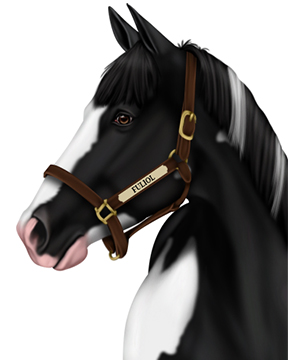 This post makes me miss having paints.
Dan Kauffman: 52 mixers previewed. You (and Glenn) should get paid or institutionalized (Y48, W15, D3)
Top

Ali Hedgestone wrote: ↑
1 year ago
This post makes me miss having paints.

King's Jubilee has been retired, he stands for $5,000. He declined this year so time for him to start his new career as a stud. He's by holiday stud Toy Land Jubilee and by Sneaky Queen, a Sword of the King mare who didn't do much on the track but has been a nice broodmare.

If anyone wants to give him a shot I'm happy to work out a great deal for a reduced stud fee, honestly I have 21 router broodmares right now and that's not enough to properly support 2 new stallions in this division plus still being able to go to other outside stallions I want to use.
FLD Stables Stallions
Paint:
His Will to Live - 10k 15 Years Old
Sweet Gray - 5k
FLD Eclipse - 3.5k
Burning Man - 2.5k
Mark of the Beast - 17.5k
FLD Raven - 15k
Bromance - 3.5k
Breakdown - 3k
Scooter - 3.5k
Fuliol - 3.5k
Top

So I finally said enough is enough with this poor guy
Bromance is retired and standing for $10,000. He's the first colt by Hey Brother to go off to stud and his dam, Working Ahead, is by Ahead of the Game, so a nice blast from the past in his pedigree. Despite his poor race record as of late, Bromance was a SC winner at 2 and earned just shy of 600k, being that he was from the Tan Gent dispersal his racing career wasn't what it could've been, but regardless of that, he was a very good runner.

FLD Raven is retired and off to stud, he stands for $20,000. He's by Stetson, out of Glliter Fox Moon (Gilmer)
Nicks I've got so far:
Athena Gilmer A
Fadedcolorshow A+
How She Rolls A+
Presley Gusto A
Sneaky Queen A
All of them that I've nicked so far match any other stallion top stallion she's been nicked with. I'd love to know what everyone else gets for nicks

Rave is a SC winner, co-record holder with the filly Qilin and winner of over $1.4 million. He retires with 14 wins in 29 starts with 24 OTB finishes. He was only out of the money once in in career, 4x G1 stakes winner (a record for my barn!). He raced at the top of his division throughout his entire career. Most of you know this is a special horse to me, not only has he been one of if not the greatest horse I've ever bred/raced, but he's named after my first dog puppy that I raised who's now a working guide dog. I seriously love this horse, rivals Boone for who I feel is the best horse I've ever bred.
FLD Stables Stallions
Paint:
His Will to Live - 10k 15 Years Old
Sweet Gray - 5k
FLD Eclipse - 3.5k
Burning Man - 2.5k
Mark of the Beast - 17.5k
FLD Raven - 15k
Bromance - 3.5k
Breakdown - 3k
Scooter - 3.5k
Fuliol - 3.5k
Top

Since the year ends this afternoon, unless there’s a big enough demand for it, I won’t be buying more slots for Hey Brother this year, no point in wasting GPs if the spots won’t get used. He’s sired nearly 300 foals this year and currently has 3 slots remaining. Next year he’ll be on the clock, his fee will remain at the minimum. When he gets hit I will be paying the pension delay fee that is being implemented next year.
FLD Stables Stallions
Paint:
His Will to Live - 10k 15 Years Old
Sweet Gray - 5k
FLD Eclipse - 3.5k
Burning Man - 2.5k
Mark of the Beast - 17.5k
FLD Raven - 15k
Bromance - 3.5k
Breakdown - 3k
Scooter - 3.5k
Fuliol - 3.5k
Top

Stud Updates for Year 56:
Mark of the Beast's fee has been lowered from $20,000 to $17,500
His Will to Live's fee has been lowered from $15,000 to $10,000
Breakdown's fee was lowered from $5,000 to $3,000
Burning Man's fee was lowered from $5,000 to $2,500
FLD Raven's fee is currently still at his opening fee of $20,000, this may be adjusted after his first crop gallops
Bromance, same as Rave, still at his opening fee of $10,000, may be adjusted after gallops
Scooter will retire this year
Solid As A Rock is possible to retire this year if he gets his earnings up high enough, he's another Hey Brother colt
Hey Brother and Imprison My Mind are 14, Hey Brother I will be paying the fee to delay his pensioning if he gets hit this year, Prison I will not

Super happy with this crop and how my stallions have produced:
FLD Raven produced a freak in his first crop of 36, this is a Freak/late bloomer filly out of Fadedcolorshow (by Too For the Show). He also produced 5 stakes, one of which I own, a progressive type stakes filly out of Athena Gilmer (by Gilmer). Overall I'm thrilled with him, he is going to remain at his current fee of $20,000. Also thank you for those who voted for Rave to be the Year 55 Paint Champion Older Male and year 55 Paint Horse of the Year!!

Bromance gave me 2 stakes from his very small 18 foal crop. His stakes are both progressive type, a filly out of Aztec Ritual (by Heza Dasha Fire) and a colt out of Road Less Traveled (by Streak of Rock). Pretty pleased with him, he definitely didn't get the greatest mares. He will remain at his current fee of $10,000

Mark of the Beast I'm absolutely overjoyed with his crop. He had 5 Freaks, congrats to their owners!! For reference the dam sires of these freaks are His Will to Live x3, Boone and A View to A Kill. Looks like this guy goes well with mares by Will. He also has 25 stakes yearlings, personally I got 7 stakes from him from 39 bred, at a quick glance I believe I personally had 14 Allowance from him as well.

I recently acquired Fuliol (Toy Land Jubilee x Buliola [Gilmer]) at auction, he's a Paint route stud standing for $5,000. He nicks right up there with the big boys, I've gotten only A and A+ nicks from him. His first crop, putting it nicely, was not great. He only has 13 yearlings, 5 Allowance, 6 Productive and 2 Solid, definitely not too convincing, but he nicks very well and may be worth a look.

Also, unrelated, but I’ve changed the name of my farms, I just acquired another farm and kinda wanted a theme for their names since I have 3 now, so naturally I went with FLD theme. As most of you know, FLD’s are service dogs I raise in real life, it stands for Future Leader Dog and the horses FLD Raven, FLD Ruby and FLD Eclipse are named after dogs I’ve raised. So with that, Scorpion Farms (TX) is now FLD Stables, Flyball Ranch (KY) is now FLD Ruby Horse Camp and my new farm formally Journey’s End Farms (MN) is FLD Raven Ranch
FLD Stables Stallions
Paint:
His Will to Live - 10k 15 Years Old
Sweet Gray - 5k
FLD Eclipse - 3.5k
Burning Man - 2.5k
Mark of the Beast - 17.5k
FLD Raven - 15k
Bromance - 3.5k
Breakdown - 3k
Scooter - 3.5k
Fuliol - 3.5k
Top

Real quick update:
Scooter has been retired! He's a Hey Brother stallion out of Fleeting Gallop (Falcon Nine). He stands for $7,500. He nicks exactly what Bromance nicked, I used the same mares to nick with Scooter

Nicks:
A Night View A
Aztec Ritual A
Fld Ruby A+
Kissin' Frogs A
One With the Gun A
She's Country A

Updates for Year 57:
Scooter's fee has been lowered from $7,500 to $5,000
Bromance's fee has been lowered from $10,000 to $5,000
Hey Brother is 15 years old! I will pay the extension fee when he gets hit with declining fertility
Imprision My Mind is 15 years old
Limitless is 14 years old
Mark of the Beast last season had a SC winner in his first crop, he had Swinging Like Ali win the Juvy fillies with Triple Six Sister finishing 3rd in that race and Heartofsteel Grows finished 2nd in the Juvy. Steel has also matched the 400yd race record twice in his 2yo season.

As far as incoming stallions, I have quite a few future stallion prospects:
Sweet Grey Paint Sprint, he will very likely be retired this season
Save My Country Paint Sprint, he has yet to make the 350k earning requirement but has come into his own in the last couple seasons and should be able to make the earning requirement this season, if he does he is very likely to retire
FLD Eclipse Paint Mid, he is probable to retire, I'm on the fence with him and it depends on how he's running at the end of the season, there have been several Hey Brother stallions retiring in the last couple seasons so I am considering running him at 6 if he's still running like he has been
Solid As a Rock Paint Mid, if he ever makes the earning requirement he'll retire to stud

Sadly I got the message last night that Limitless was found to have declining fertility and was pensioned. He wasn't as good of a sire as his brother but did produce quite a few fun horses. He has no foals so his final crop are yearlings this year. Enjoy your retirement Limitless!
FLD Stables Stallions
Paint:
His Will to Live - 10k 15 Years Old
Sweet Gray - 5k
FLD Eclipse - 3.5k
Burning Man - 2.5k
Mark of the Beast - 17.5k
FLD Raven - 15k
Bromance - 3.5k
Breakdown - 3k
Scooter - 3.5k
Fuliol - 3.5k
Top
Post Reply
19 posts